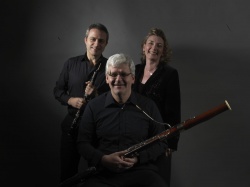 SAVKA KONJIKUSIC – PIANO
Serbian Pianist studied at the Academia Superior de Arte de Novi Sad with the Professors R. Jovicic and Velislava Palacorova. She finished her studies at the Conservatório Real de Haia with the Masters Degree with the pianists Naum Grubert and Tan Crone (chamber music). During her studies she received various nacional prices. Savka participated in piano masterclasses with Arbo Valdma, Konstantin Bogino, Gyorgy Sebok and Vladimir Tropp. She is playing regulary recitals as soloist and in chamber music groups in and outside of Portugal in most renomated concert venues like the Concertgebouw in Amsterdam. Various of her concerts had been transmitted by radio and television. In colabouration she appeard with international recognized artists like Maria João Pires, Hansjorg Schellenberger and Françoix Leleux. She participatet in various international festivals like the Laken Festival (Netherlands), Bemus Festival (Serbia) and Aix-en Provence (France). In 2008 she recorded a CD for the label P&B with musik from Chopin and Scriabin. Since 1992 she works as associated pianist at the Orquestra Metropolitana de Lisboa. She is also teaching at the Academy of the Orquestra Metropolitana de Lisboa and the Conservatório Nacional de Lisboa.

FRANZ-JÜRGEN DÖRSAM – BASSOON
was born in Mannheim, Germany and started his musical education with the Clarinet, Piano and Bassoon. He studied in Hannover with Prof Thunemann and in Mannheim with Prof. Rinderspacher. Afterwards he worked with the Deutsche Oper Berlin, the Symphonischen Orchester Berlin, the Nordwestdeutschen Philharmonie in Herford and the “Sinfonieorchester Wuppertal”. Since 1995 he has been working as Principal Bassoon in the Orquestra Metropolitana de Lisboa and teaches Bassoon and chamber music at the “Escola súperior da Orquestra”. He has collaborated with various orchestras such as the Wiener Symphonikern, the Dortmund and Düsseldorf operas, the Bournemouth Symphony Orchestra, the BBC Scottish Symphony Orchestra, and the Kurpfälzischen Kammerorchester Mannheim. He has given various Masterclasses, includingthe “Universidade Federal de Rio de Janeiro, the Summer wind Academy in Mannheim and in Portugal.
He plays regularly as a soloist with orchestras such as the” Orquestra Metropolitana de Lisboa”, the “Kurpfälzisches Kammerorchester Mannheim”, the “SAP Kammerphilharmonie” with the bassoon concertos from Weber, Mozart, Hummel, Danzi, Devienne. He has also recorded the Duett-Concertino for clarinet, bassoon and orchestra by Richard Strauss for EMI with the Orquestra Metropolitana de Lisboa, the concerto for bassoon by J.N.Hummel, the Mozart concerto with the SAP Kammer Philharmonie, a CD with the Duo Concertant Lisbon (Bassoon and Piano with Evgeny Ozimkevitch) and 3 CDs with his two brothers, the Trio 3D. He also works as a composer. Several of his compositions have been recorded on CD and are performed regularly. He has participated in various tours; to England, the Netherlands, Poland, Italy, France, Spain, Macau, South Korea, Thailand, Japan, Austria, China Brasil and Paraguay. As a soloist and teacher hes working with the Orquestra Filarmonía de Floreanopolis (Brasilien) the “Universidade Federal de Rio de Janeiro”, the “Associação Pu Joa” and the “Universidade de Asunción” (Paraguai). 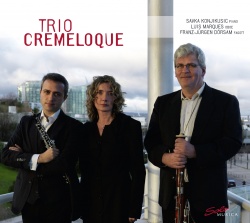