Rebekka Hartmann – Out of the Shadow 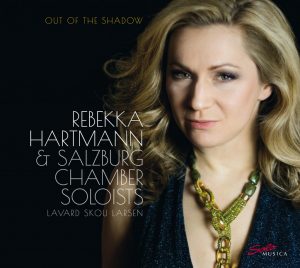 Title: Out of the Shadow

Rebekka Hartmann is the winner of several national and international awards. Her international concert activities brought her together with conductors such as Christoph Eschenbach, Justus Frantz, Salvador Mas Conde, Esa Pekka Salonen, Jukka Pekka Saraste and Enoch zu Guttenberg. Her repertoire comprises the complete spectrum of violin literature from early Baroque to contemporary music and new compositions, of which she has also performed some first recordings and world premieres like works for solo violin by Håkan Larsson and Anders Eliasson. In 2012 Rebekka Hartmann was awarded the ECHO Classic-Prize in the category „Best solo recording of the year” for her CD „Birth of the Violin“(2011, Solo Musica). Rebekka Hartmann performs on an Antonio Stradivarius violin from 1675.

The Salzburg Chamber Soloists have completed four extensive tours of South America to date. For the 250th Mozart Anniversary in 2006, the The Salzburg Chamber Soloists were invited by the city of Salzburg to perform a Best of Mozart concert series. They then continued these celebrations on two extensive tours of the USA and Mexico, visiting cities including Washington, Boston, San Francisco, Indianapolis and Mexico City. 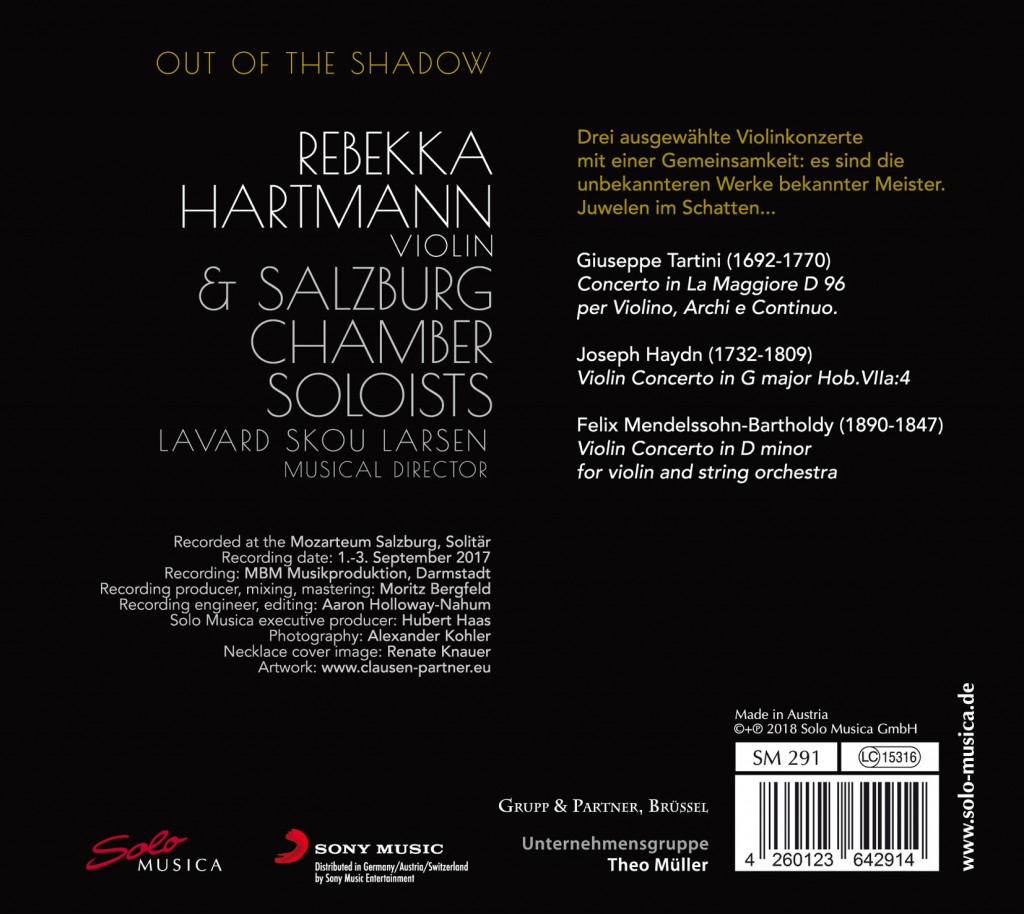