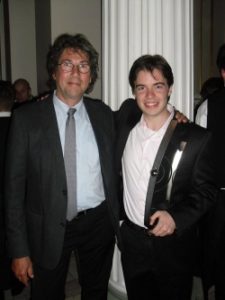 Ramón Ortega Queroreceived solid training from Miguel Quirós early on at the conservatory of his native city of Granada.Quero became a member of the Andalusian Youth Orchestra as a twelve-year-old.In 2003, the oboist cleared an important hurdle when conductor Daniel Barenboim accepted him as a member of the East-West Divan Orchestra. Since joining the orchestra, Ramón Ortega Quero has remained an enthusiastic member in rehearsal and at many concert appearances. Gregor Witt, Principal Oboe of Barenboim’s Berliner Staatskapelle, took the gifted young man under his wing and act as a mentor in his artistic development.

One of Ramón Ortega Quero’s finest hours was winning First Prize at the ARD Music Competition held in Munich in September 2007.Members of the jury were thoroughly impressed by the inspiration and flawless play of the prize-winning soloist in both compulsory and optional pieces, including the Mozart and Richard Strauss concertos.
Since Spring 2008, he has also been Principal Oboe of the Bavarian Radio Symphony Orchestra under its Principal Conductor Mariss Jansons.
The ARD Competition has paved the way for Ramón Ortega Quero as a soloist – now he will cut his own path. During the past seasons he appeared, among others, with the orchestras in Madrid, Basel, Hamburg, Zurich, St. Petersburg and Leipzig as well as with changing chamber music partners (Elena Bashkirova, Kit Armstrong, Peter Kofler), in the concert series of Frankfurt, Berlin, Hanover, Valencia, Cologne, Vancouver and at the international festivals in Gstaad, Jerusalem, the Heidelberger Frühling, the Lucerne Festival, the Festspiele Mecklenburg-Vorpommern and the Rheingau Musikfestival.
The 2010/11 season was be highly effected by his nomination as a “Rising Star”by the “European Concert Hall Organisation”, which lead him to the most important concert halls in Europe (Brussels, Luxembourg, Vienna, Salzburg, Hamburg, Amsterdam). Other engagements for the young Spaniard will be in Berlin (Konzerthausorchester), Sao Paulo (OSP), Munich, London, Madrid, Barcelona and Athens.

Ramón Ortega Quero is a fellowship award-winner of the Borletti Buitoni Trust London. 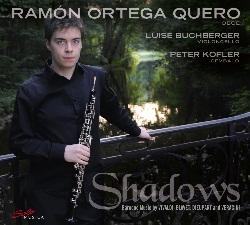