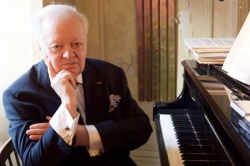 Born in Reims in 1934, Philippe Entremont is one of the most famous pianists and French orchestra conductors. The exceptional career of Philippe Entremont began at the age of eighteen when he came to the international attention with his great success at New York’s Carnegie Hall playing Jolivet’s piano concerto and Liszt’s Piano Concerto No. 1. Since then, he has pursued a top international career as a pianist, and for the last 40 years on the podium as a conductor as well.

Mr. Entremont has guest conducted European and American orchestras as well as performing numerous piano and chamber music concerts. He has toured all over the world with many orchestras including the Wiener Kammer Orchestra, the Netherlands Chamber Orchestra, the Israel Festival Orchestra, the Munich Symphony Orchestra and the Deutsche Staatsphilharmonie.Mr. Entremont is renown as an orchestral conductor and with his dedication to developing orchestras’ artistic potential has led to numerous international tours, playing before full houses all over the world with the Wiener Chamber Orchestra – Europe, USA, South America, Japan, China, Australia and New Zealand. An eleven concert tour with the Orquestra de Cadaqués in the city capitals of various countries in Asia.

He was also among the 10 world-class pianists chosen to perform in the “Piano Extravaganza of the Century” at the 2008 Beijing Olympic Games.

Mr. Entremont has directed the greatest symphony orchestras of Europe, Asia and America in the cities of Philadelphia, San Francisco, Detroit, Minnesota, Seattle, St. Louis, Houston, Dallas, Pittsburgh, Atlanta, Montreal, The Academy of Saint Martin in the Fields, The Royal Philharmonic Orchestra, the Orquestra Nacional de España, the Academy of Santa Cecilia of Rome, l’Orchestre National de France, the orchestras of Göteborg, Stockholm, Oslo and Warsaw, the NHK of Tokyo, the KBS Orchestra of Seoul, the Vienna Symphony and the Philharmonic Orchestra of Bergen, to name a few.

Mr. Entremont has worked with the world’s greatest soloists, both instrumental and vocal. One of the most recorded artists of all time, Philippe Entremont has appeared on many labels, including CBS, Sony, Teldec and Harmonia Mundi, and has garnered all of the leading prizes and awards in the industry.

In 2014 Sony Music issued a boxset of 19 CDs of all piano concerts he played under the direction of Eugene Ormandy, Leonard Bernstein, Seiji Ozawa, Charles Dutoit, Jean Martinon to name a few… 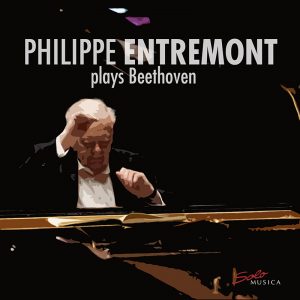 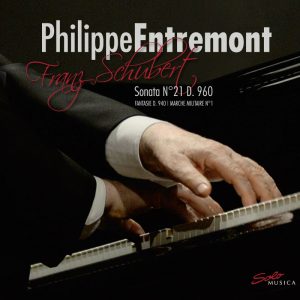