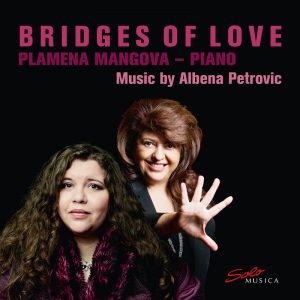 Albena Petrovic, the Luxembourgish composer of Bulgarian origin, has meanwhile made a name for herself far beyond the borders of the duchy – with more than 600 compositions in a wide variety of genres and instrumentations, including operas, concerts, chamber music, vocal and solo piano works, which have been published, recorded on CD’s and performed worldwide. Now her new album Bridges of Love, which combines highlights of her piano work with new compositions, will be available worldwide in March 2020. The interpretation is in the hands of her congenial compatriot Plamena Mangova. The Bulgarian pianist first attracted international attention when she won second prize at the renowned Concours Reine Elisabeth in Brussels in 2007. Since then she has performed with renowned orchestras such as the Staatskapelle Berlin, the BBC Philharmonic and the symphony orchestras of Rotterdam, Radio France, Luxembourg and Tokyo, and has played alongside artists such as Sir Colin Davis, Lawrence Foster, Renaud Capuçon and Maria João Pires. Her recordings have been honoured many times with awards such as the ‘Diapason d’Or de l’Année’. 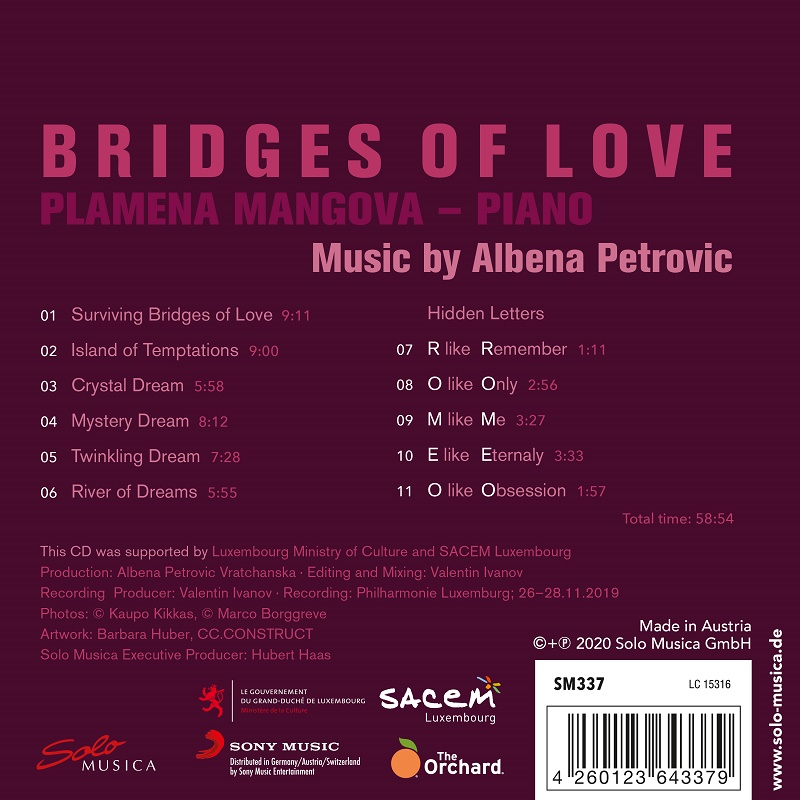