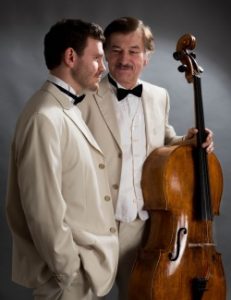 Reiner Ginzel studied with the distinguished cello teacher Prof. Karl Grosch, a pupil of the legendary cellist Julius Klengel, making him a direct descendant in the German cello teaching tradition initiated by Bernhard Romberg and passed on by Justus Johann F. Dotzauer and Friedrich Grützmacher. Ginzel subsequently refined his skills in master classes with teachers including Natalia Shakhovskaya, assistant to Mstislav Rostropovich. He was also a prizewinner at that time in a range of German and international competitions.
REINER GINZEL gained valuable musical inspiration from his collaborations with such outstanding musicians as composers Krzysztof Penderecki, Hans-Werner Henze and Pierre Boulez, and singers Dietrich Fischer-Dieskau and Peter Schreier.
For some years he was solo cellist with several top-flight German orchestras before being offered a professorship at Munich’s University of Music and Performing Arts. Reiner Ginzel is also a member of the renowned GERMAN STRING TRIO, an ensemble with which he has recorded well over thirty CDs.
In addition to his work as an international adjudicator (e.g. ARD Competition Munich), Reiner Ginzel is an editor for the publishers PETERS (Frankfurt/Leipzig) and HENLE (Munich), producing many new editions of diverse cello works by composers ranging from Bach, Haydn, Beethoven and Boccherini to Schubert, Schumann and Dvořák and on to Debussy and Reger.
Reiner Ginzel particularly enjoys creating programmes that combine music and literature, taking his inspiration from actors Gerd Westphal and Christian Quadflieg. In recent times he has appeared increasingly as a conductor in musical centres such as Munich, Prague, Budapest and Tokyo. Tours have taken him to almost every European country, America, Africa and south-east Asia. His varied musical activities are documented by many radio and TV recordings as well as on CD.

Hans-Henning Ginzel
He won several instrumental competitions and received numerous scholarships (eg Deutschlandstipendium) and sponsorship fees, among others from the City of Munich. He completed his studies (diploma / master) with Prof. Helmar Stiehler in Munich and Prof. Iagoba Fanlo in Madrid with top grades. He completed master classes, among others with Wolfgang Boettcher, Wen Sinn-Yang and Anner Bylsma. Ginzel is the founder of the Arcis Cello Quartet. His first tour to Asia took him to Taiwan in 2015. In the same year, Ginzel made his debut at the Bavarian Academy of Fine Arts and was part of the important musica viva (BR) and Münchner Biennale series in 2016. He was involved in recordings in TV and radio broadcasts, among others from BR-Klassik as well as ARD-alpha.
Ginzel studied composition with Prof. Jan Müller-Wieland and Prof. Moritz Eggert (master), and master classes with Wolfgang Rihm, Hans Zender and Jörg Widmann completed his compositional training.
Hans-Henning Ginzel has received several international awards, including the the first prize of the Harald-Genzmer composition competition. Ginzel’s works are published by C.F. Peters and M Music Publishing and are performed at international festivals.
As a composer, cellist and conductor he worked among others with Steve Reich, the Arditti Quartet, the Carmina Quartet, the Tonkünstlerorchester Niederösterreich as well as with Wolfgang Meyer (clarinet) and Markus Bellheim (piano).
In 2016 Ginzel wrote the music for the film “Putin’s Secret Network” (ZDF-frontal21), which was nominated for the German TV Prize (“Best Documentary Film”).
Ginzel’s works were broadcast, among others, at BR Klassik, DRadio, ORF as well as SWR. His CDs received overall top ratings (klassik-heute, CD-tip of the week etc.). 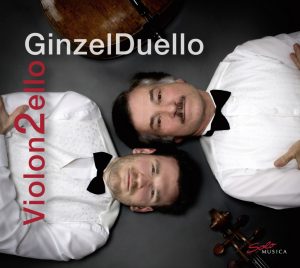