Et Arsis has played a name for itself as one of the few piano quartets of our time to enjoy an international reputation. During their studies with Tatevik Mokatsian and Andreas Reiner the four exceptional musicians had worked and played in concert with many of the greats of classical music, including Eduard Brunner, Eberhard Feltz, Hatto Beyerle and Quatuor Ysaÿe. Ever since the quartet was founded in 2005, the four musicians have competed with success at national and international competitions, won heaps of illustrious awards and made a number of radio, TV and CD recordings. Et Arsis stages a festival of its own in Bulgaria and teaches chamber music at the University of Music in Saarbrücken. Velislava Taneva plays an Andrea Guarneri violin of 1650

placed at her disposal by Beare’s International Violin Society. 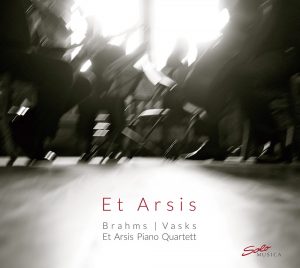