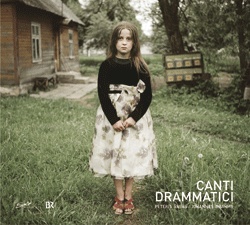 Yearning is a constant in life and in music. Peteris Vasks’s music is always tinged with sorrow and melancholy, but hope is always there as well. “The beauty of nature seizes us like a promise of something,” wrote the philosopher Ernst Bloch, and that promise might be seen as Peteris Vasks’s point of departure.

Although the Third Piano Quartet was not published or premiered until 1875, Brahms had begun working on it in 1855/56. Even for Brahms, who spent a lot of time revising works until he arrived at the final form, twenty years to complete a composition was exceptional.

Ensemble Raro was formed in 2004 by four extraordinary young musicians. Ensemble Raro is constantly looking for creative programme forms, in which they aim to establish new cultural, musical and literary connections. Raro is the ensemble in residence at the Chiemgauer Musikfrühling Festival in Traunstein, SoNoRo Festival in Bucharest, Kobe International Music Festival, Pelerinages in Munich and Mozartiade in Augsburg. They are actively involved in performing contemporary chamber music repertoire. They gave a British and German premieres of Peteris Vasks’s Piano Quartet. Their performances of Walter Braunfels’ and George Enescu’s works in Pelerinages series in Munich received a high critical acclaim.