Benjamin Engeli comes from a family of musicians and started his musical education on various instruments at an early age. Only when he was fifteen did he decide to take his first regular piano lessons, studying with Adrian Oetiker with whom he continued to work until he completed his first diploma at the Musikhochschule Basel, Switzerland.

As of October 2000, he studied Homero Francesch at the College of Music in Zurich. His lessons with Lazar Berman, Andrzej Jasinski, Maurizio Pollini and András Schiff were also of major importance for his creative development.

Benjamin Engeli has won prizes at many music competitions and has received various scholarships and support funding. His concert activities have taken him to most European countries as well as to Australia, India, North and South America. In 2009 he received the cultural prize of his home state, the canton of Thurgau.

In 2003 he became a founding member of the Tecchler Trio, which is one of today’s leading chamber music ensembles. Being the 1st Prize winner at the International ARD Music Competition in Munich in 2007, they have  performed in venues such as the Concertgebouw Amsterdam, Wigmore Hall London, Tchaikovsky Conservatory Moscow, Herkulessaal Munich, Konzerthaus Vienna or Tonhalle Zurich and have made numerous radio- and CD-recordings. He is also one out of the 4 pianists of the Gershwin Piano Quartet; they have recently been touring China and the United Arab Emirates and have a busy schedule for the coming years.

Benjamin Engeli is a faculty member for chamber music of the Musikhochschule Basel. 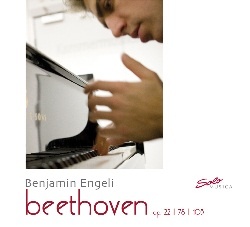