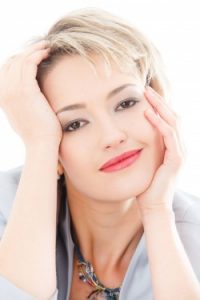 Communication with the audience, as well as talent for creating a special concert atmosphere have taken the young Latvian pianist Arta Arnicane to a large variety of performance venues across the world. Her quality of winning listeners’ full attention, combined with the warmth and intelligence of her programmes and interpretations, allows her to fascinate both small gatherings and large audiences in concert halls such as the Rudolfinum, Prague and the Zurich Tonhalle.

Born into a family with a strong and longstanding musical tradition, she started playing the piano and composing at the age of four. Supported by numerous scholarship awards and eminent artists such as John Lill and Homero Francesch, Arta has studied in several countries and graduated with distinction from the Royal Conservatoire of Scotland (2004), the Latvian Academy of Music (2008), and Zurich University of the Arts (2010 and 2012).

Her professors Sergejs Osokins, Norma Fisher and Homero Francesch influenced the artistic development of Arta’s personality and guided her into the international music scene. Arta has won many prizes at international music competitions, including the ‘Vianna da Motta’ (2001), ‘Premio Iturbi’ (2010), and ‘Prague Spring’ (2011) to name but a few.

Arta has an extensive solo repertoire and her interpretations of the Mozart piano concertos as well as impressionistic music have always won special appreciation. She collaborates regularly with conductors John Gibbons and Martin Lebel, and is in demand as a soloist with youth orchestras for her temperament and ability to inspire. Arta is also an enthusiastic chamber musician and performs regularly in a duo with her husband, German cellist Florian Arnicans. The first ‘Duo Arnicans’ CD was released by Solo Musica in 2015, featuring an emotionally charged programme of sonatas by F. Chopin and E. von Dohnanyi.

Arta is especially devoted to creating thematic and narrative programmes, as well as untraditional concert forms. In 2016 the renowned Latvian stage director Uģis Brikmanis combined the ‘Aqua’ performance in Riga with a visual production, taking the audience to another dimension of artistic experience. Meanwhile, the atmospheric concept of the CD ‘Aqua’ has been generously created by the Swiss photographer Thomas Entzeroth, inspired by the aura of the city of water and birthplace of the Barcarole: Venice. 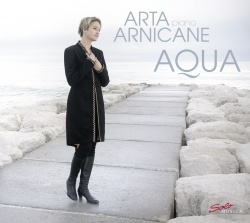