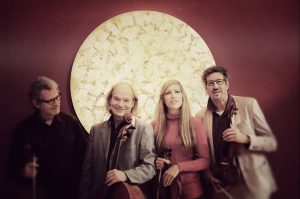 The Voyager Quartet was founded in 2014. Its members can all look back on successful careers in famous string quartets such as the Cherubini Quartet and Modern String Quartet, and in world-class orchestras such as the Symphony Orchestra of Bavarian Radio. The members of the Voyager Quartet thus combine a wealth of experience in numerous concerts worldwide at renowned music festivals and in famous concert venues, which they have successfully fed into all manner of high-quality concert programmes over recent years.

“When I passed the entrance examination to the Musikhochschule in Munich, I was suddenly told that I should also sing a folk song. I was not prepared for that, and in my confusion not a single one occurred to me. I stood helpless before the jury until the solution came to me. I sang the “Leiermann” from the Winterreise, which was very familiar to me at that time and I often sang it to myself.

Many years later I became part of the Voyager Quartet, which conceives programs that create a close connection between the music played and the term “journey”. This is very broadly understood, so there was a journey into space, with the Voyager probe, but also a journey to the inside or into afterlife.

And then came the Winterreise. I selected twelve of the songs and rewrote them for quartet. The music is so expressive and develops such an associative power that it can do without the text. It resonates unspoken. This creates freedom for one’s own spaces and paths.

In order to give the work a compactness, I wrote modern intermezzi between the songs, which interrupt the flow and prepare the mind for a new journey in the next song.” 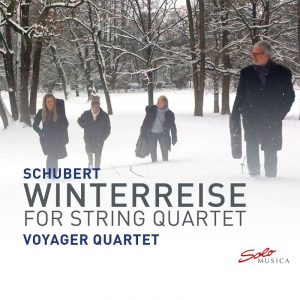