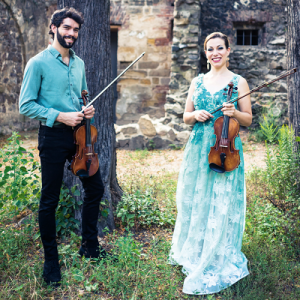 The siblings Marie-Luise and Christoph Dingler are specialists in the violin duo genre. Having grown up in a musical environment – their grandfather was a bandmaster, their mother a cantor and a harpsichordist – they have achieved the highest degree of interaction and a unique sound identity through their shared curriculum vitae and constant playing together.

Both studied violin with Prof. Bratchkova at the Mannheim Music Academy, won numerous prizes and have since been touring at home and abroad. They have performed as soloists with the German Radio Philharmonic Orchestra, the Philharmonic Orchestra of Baden-Baden, the Brandenburg State Orchestra and the Württemberg Chamber Orchestra, among others, and have been broadcast several times on national and international radio and television.

In 2009, the Twiolins organized the first ever Progressive Classical Music Award, which was initiated specifically to expand and develop the repertoire for two violins.

In 2012 they were awarded the Helene Hecht Prize for this. In 2011 the CD Virtuoso was produced from the prize-winning works, Sunfire followed in 2014, and their album Secret Places was released in 2017 and was awarded the silver medal of the Global Music Awards. After these albums, The Twiolins now present their first recording with classical repertoire. 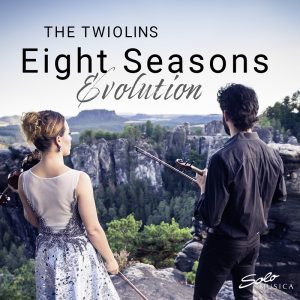