​Pi-Chin Chien is a sought-after, internationally active soloist and chamber musician. She has performed in major concert venues around the world, including New York’s Carnegie Hall and Lincoln Center, Berlin Philharmonic and Konzerthaus as well as Tonhalle Zurich. She appears as a soloist on recordings with the Philharmonia Orchestra London and the Zurich Chamber Orchestra under the direction of David Zinman, Ruben Gazarian and Wen-Pin Chien. In 2015 Pi-Chin Chien enjoyed great success with her album “Taiwan Rhapsody”, accompanied by the Royal Philharmonic Orchestra London and released by Sony Classical.

​Pi-Chin Chien has performed and recorded world premieres of a number of violoncello concertos and chamber music works, including several compositions dedicated to her. She performed at the Kaiser-Otto Medal award ceremony in honour of the late former German President Richard von Weizsäcker, and in 2016, already for the second time, at the renowned concert series at Taiwan’s Presidential Palace on invitation of the President of Taiwan. Pi-Chin Chien is the artistic director of the “Swiss Music Night” concert series in Taiwan and of the “Confluence” Music Festival in Zurich. 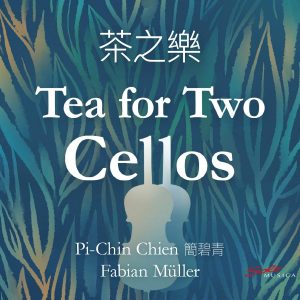