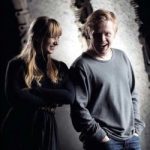 Pekka Kuusisto (born 7 October 1976 in Espoo) is a Finnish musician.

Pekka Kuusisto began studying the violin at the age of three. His first violin teacher was Geza Szilvay at the East Helsinki Music Institute. In 1983 he enrolled in the Sibelius Academy in Helsinki. He began to study there with Tuomas Haapanen in 1985. He studied with Miriam Fried and Paul Biss at the Indiana University School of Music from 1992 to 1997.

In 1995, Pekka Kuusisto became the first Finn to win the International Jean Sibelius Violin Competition and was also awarded a special prize for the best performance of Jean Sibelius’ violin concerto. He has won other prizes, concertised widely and recorded works for the Ondine label. Pekka Kuusisto plays a Giovanni Battista Guadagnini violin (1752) lent by the Finnish Cultural Foundation.

Pekka Kuusisto is constantly working with musicians from many different backgrounds. He regularly performs with electronics, giving concerts consisting of mostly improvised material. During the past few years, he has frequently performed a solo recital programme consisting of the Partita in d minor by Johann Sebastian Bach and electronic improvisations on funeral chorales. The traditional music of Finland serves as a source of inspiration for Kuusisto, and his approach to the violin has changed substantially since he became more involved with folk music and its performers. He has been a guest performer with groups such as Nightwish, Rinneradio, Don Johnson Big Band, The National and Salsa Dura.

Pekka Kuusisto also writes music, but mostly for small ensembles where he is one of the performers. With accordionist Johanna Juhola, he wrote half of the album “Max Höjd” and half of the music for “Auf Wiedersehen Finnland”, a documentary film by Virpi Suutari about Second World War events in Finnish Lapland. He composed the music for the album “Kiestinki”, with lyrics written by Paula Vesala. Currently, Pekka Kuusisto is working on music for a collaboration between himself, Jaakko Kuusisto and the vocal ensemble Rajaton, themed on climate change.

In classical circles, Pekka Kuusisto is internationally renowned both as soloist and director and is recognised for his fresh approach to the repertoire. A strong advocate of new music, Pekka regularly collaborates with contemporary composers and in the 2012/13 season, he gave the world premiere of Sebastian Fagerlund’s Violin Concerto, written for him and commissioned by the Tampere Philharmonic Orchestra. Other recent highlights have included concerts with the Finnish Radio Symphony, Oslo Philharmonic, Swedish Chamber, Toronto Symphony and Washington’s National Symphony orchestras, as well as the Chamber Orchestra of Europe, Die Deutsche Kammerphilharmonie Bremen and Konzerthausorchester Berlin.

Pekka Kuusisto seeks to engage with people across the artistic spectrum, working on new interpretations of existing repertoire alongside original works. He regularly directs ensembles from the violin, including the Australian, London, Irish, Mahler and The Saint Paul chamber orchestras, as well as the Amsterdam Sinfonietta. Recent recital partners include Iiro Rantala, Anne Sofie von Otter, Angela Hewitt, Kimmo Pohjonen and Nicolas Altstaedt. He gave the world premiere of Olli Mustonen’s Sonata for Violin and Piano with the composer at the Wigmore Hall in spring 2013, and later this year he tours Europe with his traditional music group, The Luomu Players.

‘Our Festival’, of which Pekka is Artistic Director, provides another opportunity for him to bring a number of artforms together in a single performance. Based in Sibelius’ home town, Järvenpää, it was selected as Festival of the Year by Finland Festivals in 2011. In 2013, Pekka gave the world premiere of an electronic work inspired by Magnus Lindberg’s Violin Concerto, which he co-wrote with Tuomas Norvio. He also gave duo performances with juggler Jay Gilligan, joined the vocal group Rajaton and performed with Finnish schlager legend Paula Koivuniemi.

Pekka Kuusisto has enjoyed a number of prestigious residencies, including at the Aldeburgh Festival, the Concertgebouw’s Robeco Zomerconcerten, and as a ‘Junge Wilde’ artist at the Konzerthaus Dortmund. He oversaw the programming for the 2011 Avanti! Summer Sounds Festival and he continues to work regularly with Tapiola Sinfonietta, where he was formerly Artistic Partner (2006-2013).

Kuusisto was featured in the film 4 as the soloist of the winter quarter of a quartet of young musicians from around the world playing Vivaldi’s The Four Seasons. 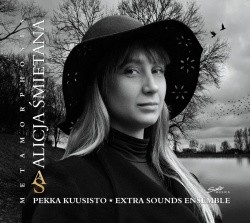