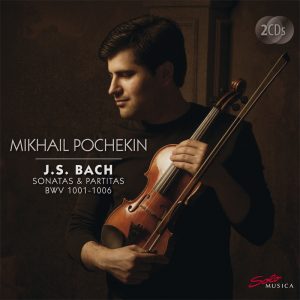 Mikhail Pochekin is one of the most captivating violinists of his generation. He appears with many renowned orchestras including the Mariinsky Theater Symphony, the Russian National Orchestra, the Basel Symphony Orchestra, the Moscow Philharmonic, the State Academic Symphony Orchestra of Russia “Evgeny Svetlanov”, the Tatarstan National Symphony Orchestra or the Lithuanian National Orchestra and worked together with conductors such as Heinz Holliger, Vassily Sinaisky, Yuri Simonov, Kevin Griffiths, Valentin Uryupin, Stanislav Kochanovsky, Dimitris Botinis, Mei-Ann Chen or Alexander Sladkovsky.
“Pure and penetrating” was the violin playing of Johann Sebastian Bach according to the tradition of his son Carl Philipp Emanuel: “He fully understood the possibilities of all violin instruments. This is testified by his soli for violin and cello without bass. One of the greatest violinists once told me that he had seen nothing more perfect to become a good violinist and he could advise nothing better than the violin soli without bass mentioned above.” When Carl Philipp Emanuel addressed these words in a letter to the musicologist and early Bach biographer Johann Nikolaus Forkel in 1774, Bach’s Sonatas and Partitas for Solo Violin were known to a still manageable, albeit growing circle of enthusiasts. 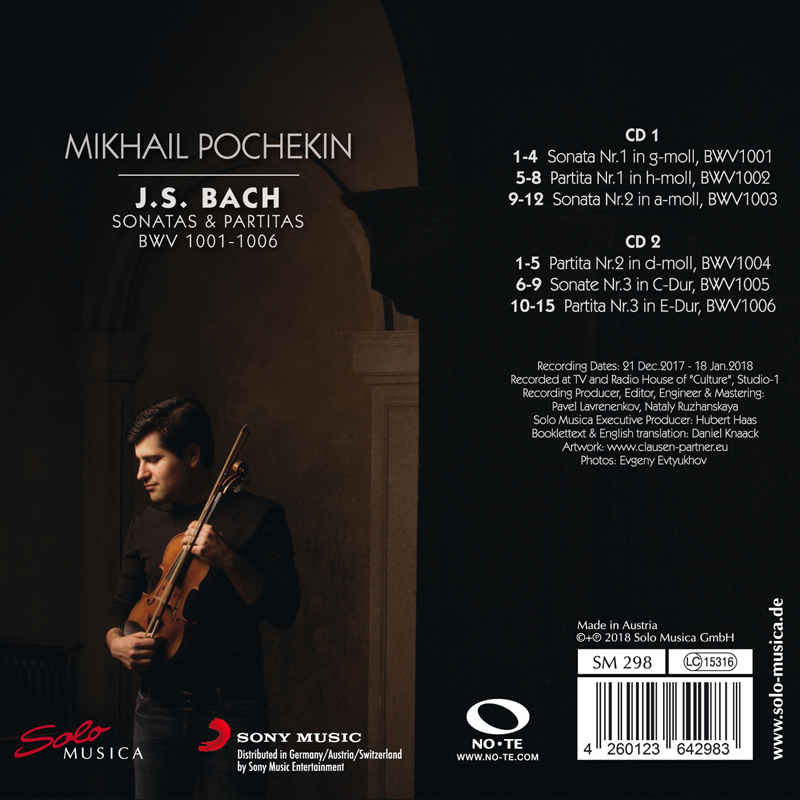