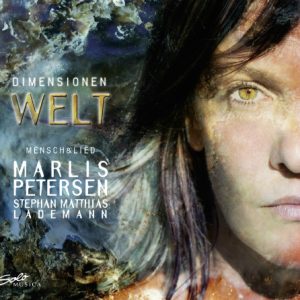 In the first part “world” of their new “dimensions” trilogy Marlis Petersen and Stephan Matthias Lademann make a journey through 100 years of musical romanticism – an epoch in which natural images of various kinds play a central role as the projection and reflection surface of human feelings and longings. We can hear compositions by Franz Schubert, Clara and Robert Schumann, Johannes Brahms, Richard Wagner, Sigurd von Koch and Hans Sommer, who are concerned with the themes of “heaven and earth”, “man and nature”, “lot and knowledge” and “hope and longing “.

Marlis Petersen is a lyrical soprano, touring worldwide since 2003. Everybody knows her as Alban Berg’s heroine Lulu, which she presented in ten different productions worldwide, most recently at the Bavarian State Opera (just released on DVD) and Metropolitan Opera. The magazine “opernwelt” has already honored her for the third time with the title “Singer of the Year”. In January 2017 she was part of the great Elbphilharmonie-opening with Jörg Widmann’s “Arche” under the direction of Kent Nagano. Marlis Petersen has been dedicated to the genre “Lied” for several years.