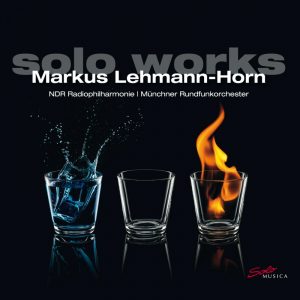 The works of the composer Markus Lehmann-Horn have already won several awards. As a border crosser between the classical and the technical-electronic music world, he also wrote numerous film music compositions for national and international film productions and was for this among others awarded the Franz Grothe Prize 2009. He has received numerous nominations and a Best Film Score Award at the annual Jerry Goldsmith International Award in Spain, as well as a nomination for the International Emmy 2012. Lehmann-Horn’s music is played by renowned orchestras, conductors and ensembles, including the Ensemble Triolog, Minguet Quartet, BR Rundfunkorchester, the NDR Radiophilharmonie or the Schleswig Holstein Festival Orchestra. You will find on this CD Recordings with the NDR Radiophilharmonie and percussionist Alexej Gerassimez and a song for soprano and orchestra with soprano Sibylla Duffe and the Munich Radio Orchestra. 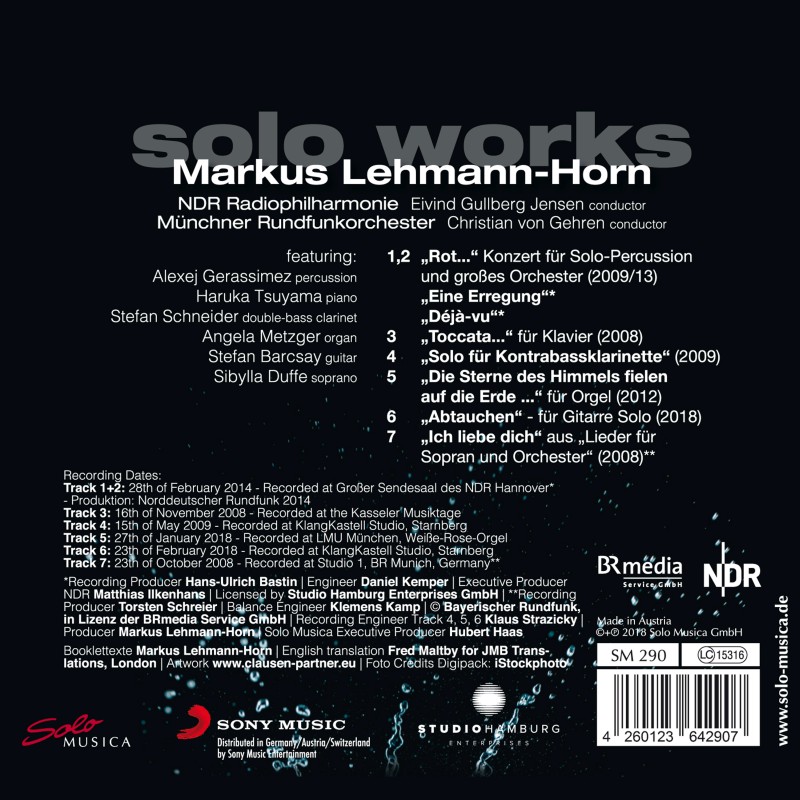