Markus Becker, born in 1963, is one of the most remarkable pianists of his generation. He studied with Karl-Heinz Kämmerling and gained additional experience with Lev Vlasenko and Alfred Brendel. In 1987 Markus Becker won first price at the international Brahms Competition in Hamburg. This was followed by numerous awards at the competition in Germany and elsewhere (Athens, Cologne, Oslo, Berlin). Today his concert tours take him all over Europe, to Japan, the USA and South America. He gives regular recitals at the Salzburg and Berlin Festival, at the Ruhr Piano Festival, the Bad Kissingen Summer Festival and the Schleswig Holstein Music Festival. Markus Becker, who has been a Professor at the Musilkhochschule in Hannover since 19993, is much demanded as chamber musician and has played with musicians such as Kolja Blacher, Latica Honda-Rosenberg, Alban Gerhardt, Ludwig Quandt and Albrecht Meyer. He plays with numerous orchestras with conductors like Alun Francis, Carlos Kalmar, Bernhard Klee, Lutz Köhler, Othmar Maga, Helmut Müller-Brühl and Steven Sloane. In 1995 Markus Becker made his Berlin Philharmonic debut under Claudio Abbado. Following his CD debut with the F sharp minor Sonatas of Brahms and Schumann (on the Thorofon label) and recordings for harmonia mundi and EMI classics, Markus Becker recorded the first complete edition of all of Max Reger’s piano works on twelve volumes, on the Torofon label. He was awarded the Deutscher Schallplattenpreis. 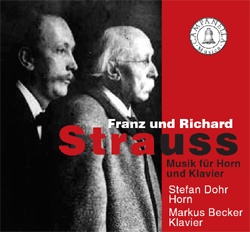