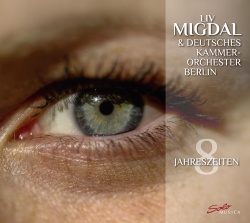 One cannot avoid thinking about what is arguably the most popular work of classical music. There can hardly be any better known set of melodies in the world than the themes from Vivaldi’s Four Seasons.
The existing literature on Vivaldi may take up a great deal of archive space, but that mass of paper seems insignificant in comparison with the power of the music itself. Now, in the 21st century, the work has successfully completed its progressive path to globalisation, having found its way into every corner of the planet, albeit often immersed in a variety of crossover sounds.It might be said that Vivaldi’s “Spring” theme is inevitably implanted in our minds from the day we draw our first breaths, or perhaps even in our mother’s womb before birth.Between 1965 and 1969 Piazzolla composed a cycle of four compositions, Las Cuatro Estaciones Porteñas for a quintet comprising a violin, electric guitar, piano, double bass and bandoneon. This work is a fusion of artistic initiatives, combining the fundamental traits of jazz, classical works and Afro-Hispanic music.

Liv Migdal started her studies as an eleven-year-old protégée at the Rostock College of Music and Drama under the tuition of Christiane Hutcap. She graduated with distinctionthere. She continued her musical training at the Mozarteum in Salzburg, where she attended the master class of Igor Ozim and completed her master’s programme with distinction. In 2015, she was honoredinSalzburgwith the”Paul-Roczek Award” for her outstandingviolin play.