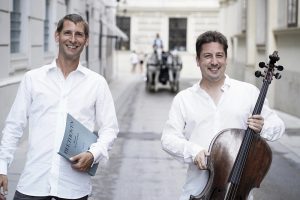 Jörg Ulrich Krah received his unanimous award for his studies in cello and composition at music universities in Munich, Vienna and Graz. Among his most important teachers are Anner Bylsma and Hans Werner Henze. As a soloist and chamber musician, the versatile artist is a regular guest at international festivals such as the Edinburgh Festival, the Styriarte, the Festspiele Mecklenburg-Vorpommern or Vienna. His cellist repertoire ranges from the earliest original music to historical instruments, from the great works of classical and romantic music to contemporary music and crossover projects. He collaborates with artists of international rank, such as the director Barrie Kosky, the cellist Rudolf Leopold, the authors Julya Rabinowitsch and Susanne Felicitas Wolf or the conductor Martin Haselböck. His compositional oeuvre includes works of almost all genres. A special focus of his work are music theater works that are shown in houses like the Konzerthaus Wien, the Berliner Ensemble or the Sydney Opera House. He has received numerous awards for his work, including the soloist competition Musica Antiqua Brugge and the Theodor Körner Prize 2011. In addition to his artistic work, Jörg Ulrich Krah works as a guest lecturer at various universities such as the HfMDK Frankfurt or the HMT Rostock. Since 2011 he is pedagogical-artistic director of the music and art school ATARAXIA Schwerin, where he also supervises the highly gifted department of the Academy. In addition, he is curator of Tage Alter Musik Schwerin and chairman of the Musikverein Mecklenburg-Vorpommern.
www.joergulrichkrah.com

Bernhard Parz received his education at the Vienna University of Music (today University of Music) and performing arts as well as at the Vienna Conservatory. After various competition successes (including a 1st Prize in the International Johannes Brahms Competition, the International Music Festival Austria and the Swedish Duo Competition) and a concert and teaching career, which took him throughout Europe, as well as to the Far East and South America, he was in 2009 at the Music and Arts Private University of Vienna appointed as the youngest professor of piano since the University. He is considered a master of the Viennese sound and performs as a soloist and chamber musician in many parts of the world, in halls such as the Tonhalle Zurich or the JT-Arts Hall Tokyo and at festivals such as the Shanghai International Arts Festival, the “Julita Festival” Sweden, the “Pera Piano Festival” Istanbul or the “Festival Internacional de Piano” of the University of Santander in Colombia. Bernhard Parz is bearer of the title “Bösendorfer-Artist” and thus ambassador of the Viennese sound culture with a corresponding program focus. With his personal, lively and direct game he can inspire his concert audience again and again. He is not only internationally in demand as a teacher, but is also committed to giving his enthusiasm for the music to a broad audience with alternative concert formats and projects for music education. In his home town of Zurich, he is the founder and host of the series “Garage Concert”, which merges musical enjoyment and culinary delights into a harmonious unit in the intimate ambience of a private room.
www.bernhardparz.com 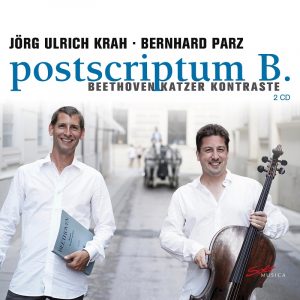