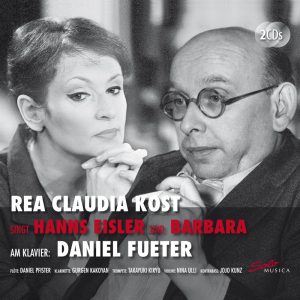 “For me his setting was what performance would be for a play: the test. He reads with enormous exactitude,” wrote Bertolt Brecht in his work diary on July 26, 1942, thus paying Hanns Eisler a subtle compliment that he never lavished on any other of his musical fellow-travellers. At this time, the two artists were in Hollywood, having emigrated to California to escape the Nazis. Eisler received more and more commissions to earn a living: during his ten-year exile in the USA, he was twice nominated for Oscar film music awards. Besides the bread-and-butter commissions, this period also saw him write the “Hollywood Songbook”, which includes 28 Brecht settings as well as the Hölderlin Fragments, thus encompassing a vast range of musical and literary styles. The present recording covers the cosmos of Eisler’s song art in all its scope. The life of the French singer Barbara was also heavily influenced by the political circumstances of the 20th century: there is no “original” piano accompaniment by Barbara on the CD. The arrangements that Daniel Fueter has made for a scenic performance replace in their stylistic range and colorfulness more than a companion volume. 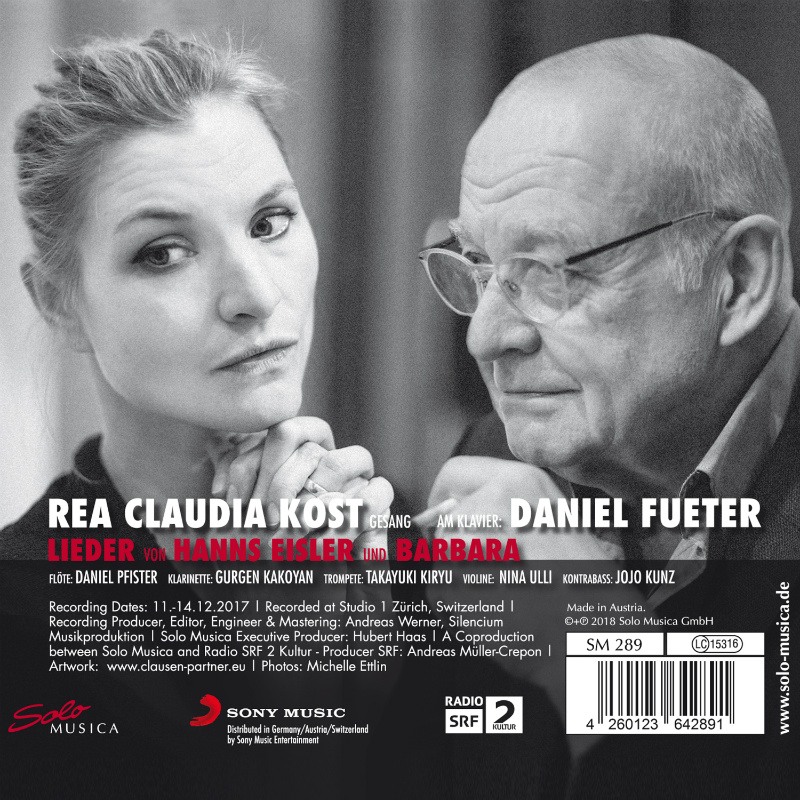