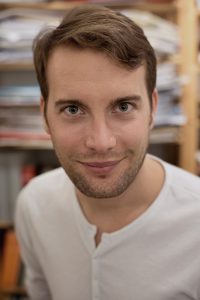 Johannes X. Schachtner, after studying composition (with Prof. Jan Müller-Wieland, Rudi Spring and Prof. Hans-Jürgen von Bose) and orchestral conducting (with Prof. Bruno Weil) in Munich and and benefiting from scholarships spent in Bamberg (Villa Concordia) and Paris, now works as a freelance conductor and composer.

He is currently engaged as Music Director of the Jugendensemble für Neue Musik, Bayern (JU[MB]LE), of the collegium:bratananium choral society and of the Kindersinfoniker children’s orchestra.

His extensive compositional works are performed by internationally renowned soloists such as Julia Fischer, Matthias Höfs, Jan-Philipp Schulze, Salome Kammer and the conductor Ulf Schirmer. He has also been commissioned to compose many works, by the Munich Biennale, for the Leopold Mozart competition and the Kronberg Academy Festival, among others.

Johannes X. Schachtner has been acknowledged many times in competitions for his work regularly featured in portrait concerts and documented on many CD recordings. In 2013 he received a number of awards, including the Music Bursary of the city of Munich and in 2014 the Bavarian Music Bursary. 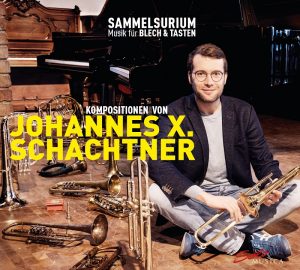