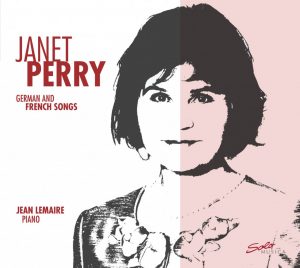 “The music is not in the notes, but in the silence in between.” ~W.A. Mozart
What do these enigmatic words mean…? I believe that it takes a lifetime of loving music to know.

Thinking back on my own life, classical music has truly made me who I am today. It has been a constant companion since my earliest childhood, and, whilst many may recall certain toys or birthday parties, my first memories all include music. My home was always filled with the sound of someone practicing or a marvellous radio broadcast. Everyone in our immediate family was musical, and neighbours who passed by our house always heard some kind of instrument or voice floating out through the windows. It was just a normal part of our everyday life.

When I was two, I received a Christmas present that would have a profound impact on my childhood: it was a book called “Mozart the Wonder Boy”. For some strange reason, little Wolferl (Wolfgang) and his sister Nannerl (Marianne) became my dearest fantasy playmates, and aspiring to become an accomplished musician (like they were), soon became a very cool thing for me. My mother was the first to introduce me to his works by singing me lieder and arias, while accompanying herself on the piano. Standing there by her side with my pigtails and all, I was so profoundly moved by the beauty of his melodies, that something inside me knew right away that I would never want that feeling to go away. Although we weren’t “well off’, seeing my growing passion for music, somehow my parents always managed to provide the right things to improve my artistic skills, including lessons in piano, violin, ballet, drama, and voice. My love for Mozart and his early genius grew year after year, and was a constant inspiration to me throughout my youth. It was this small seed that two decades later led to an international singing career and to the Mozart songs on this CD.

At the Curtis Institute of Music I had the privilege to live amongst some of the most talented musicians of my generation, and to get to know and perform many works of the great masters with them. My voice had not reached maturity yet, but the timbre and vocal range held a promise of the roles I would sing in the future. I was very lucky to work with teachers and coaches who respected my young voice, and didn’t push me into unsuitable repertoire. Thanks to this I was able to maintain the youth in my voice throughout my career, and to discover new facets of the same pieces year after year.
The songs of Mozart, Debussy, Faurè, Duparc, and Strauss have been in my repertoire for a long time, we are old friends who enjoy music – and the silence between the notes, together.

Special thanks to Jean Lemaire, my partner in many Lied projects, with his valuable insights as to repertoire and interpretation, and ready for the unexpected. I thank him for introducing me to Hubert Haas, who convinced us to let him produce this recital recording.