Ivor Bolton is chief conductor of the Mozarteumorchester Salzburg, with whom he has appeared annually at the Salzburg Festival since 2000, and on tour (including at the 2006 BBC Proms in London), and with whom he has already built up an extensive discography including a critically successful series of Bruckner Symphony recordings. He will take up the position of Music Director of the Teatro Real Madrid in September 2015 and is also Chief Conductor of the Dresden Festival Orchestra. In the UK, he has been Music Director of English Touring Opera, Glyndebourne Touring Opera and Chief Conductor of the Scottish Chamber Orchestra. He enjoys a close relationship with the Bayerische Staatsoper where, since 1994, he has conducted a wide range of new productions, most notably of Monteverdi, Handel and Mozart. He has been awarded the prestigious Bayerische Theaterpreis for his outstanding work in Munich. He has been a regular guest at the Maggio Musicale Fiorentino and the Opéra National de Paris. Other operatic engagements include appearances at Covent Garden, English National Opera and in Aix, Amsterdam, Barcelona, Berlin, Bologna, Brussels, Dresden, Geneva, Hamburg, Lisbon, Madrid, Sydney, Vienna and Zurich. Orchestral engagements have included the BBC Proms, Dresden Festival, Deutsche Kammerphilharmonie Bremen, Freiburger Barockorchester, Hamburg Philharmonic, Lincoln Center New York, Munich Philharmonic, Orchestra Sinfonica Milano di Giuseppe Verdi, Orchestre de Paris, Orchestra Sinfonica Nazionale della RAI, Rotterdam Philharmonic Orchestra, Royal Concertgebouw Orchestra, Wiener Symphoniker, Wiener Kammerorchester and Zürich Tonhalle-Orchester. 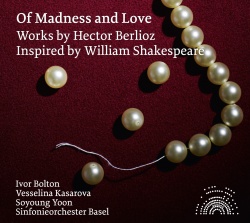