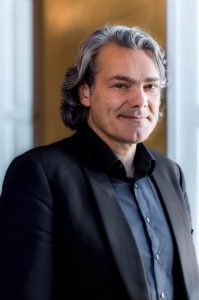 Straubing-born Gerold Huber was awarded a scholarship to study piano under Friedemann Berger at the Musikhochschule in Munich. He also attended Dietrich Fischer-Dieskau’s lied class in Berlin. In 1998 he was awarded the Prix International Pro Musicis in Paris / New York together with baritone Christian Gerhaher, his regular duo partner since their joint schooldays. In 2001 he was a prize-winner at the Johann Sebastian Bach International Piano Competition in Saarbrücken.

“His sensitive interludes are to die for. The pianist uncovers the subtle network of a comedy of errors and succeeds in penetrating the depths of the soul.” This is the sort of enthusiastic press reaction prompted by Gerold Huber’s piano accompaniment. In the role of lied pianist he regularly appears at festivals such as Schubertiade Schwarzenberg, Schwetzingen Festival and Rheingau Music Festival and major venues including Philharmonie Cologne, Alte Oper Frankfurt, Konzerthaus and Musikverein in Vienna, Concertgebouw Amsterdam, Wigmore Hall London, Großes Festspielhaus Salzburg, Lincoln center and Armory or Carnegie hall in New York and Musée d’Orsay in Paris.

Being so high in demand as accompanist, Gerold Huber works with a multitude of internationally renowned singers, amongst them Christiane Karg, Christina Landshamer, Ruth Ziesak, Mojca Erdmann, Michael Nagy, Maximilian Schmitt and Franz-Josef Selig. Gerold Huber also performs chamber music with the Artemis Quartet, Henschel Quartet and with Reinhold Friedrich.
The season 2016/2017 was crowned by three performances with Christian Gerhaher of Die schöne Magelone by Brahms in Heidelberg, London and Munich, in which Ulrich Tukur takes the part of the narrator. A related CD was published in spring 2017. On this Martin Walser is the narrator of the texts based on Ludwig Tieck which he has carefully adapted to create an ironic version especially for Christian Gerhaher and Gerold Huber. In 2018, Christian Gerhaher, Gerold Huber and Ulrich Tukur will give further of Brahm’s Die schöne Magelone in Bamberg, Frankfurt and Vienna.

Gerold Huber’s activities as a soloist focus on the works of Johann Sebastian Bach, Ludwig van Beethoven, Johannes Brahms and Franz Schubert. He has given recitals in Munich, Regensburg, at the Théâtre Municipal des Romains in France, at the Kultursommer Kassel Festival and the New Zealand Festival in Wellington. With actor Hanns Zischler, he appeared in an evening of melodrama at the Vienna Konzerthaus.

Apart from two solo albums with works by Beethoven and Schumann, he is most renowned for his outstanding recordings with baritone Christian Gerhaher which have all received many awards.
His extensive discography also includes Schubert lieder with Bernarda Fink (Schubert for harmonia mundi France), Ruth Ziesak (Liszt for Berlin classics; Haydn and Mahler/Zemlinsky for Capriccio, Mendelssohn for AVI) and recordings with Maximilian Schmitt (Clara and Robert Schumann / Schubert Die schöne Müllerin) and with Christina Landshamer (Robert Schumann and Viktor Ullmann) for Oehms classic as well as with Franz-Josef Selig (songs of Schubert, Strauss and Wolf) for AVI.

Gerold Huber gives master-classes with increasing frequency, most recently at the University of Yale, the Aldeburgh Festival as well as at the Schwetzingen Festival. Since 2013 he has been a professor for lied accompaniment at the Hochschule für Musik in Würzburg. Gerold Huber is artistic director of der Pollinger Tage Alter und Neuer Musik. 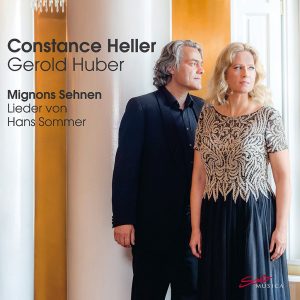