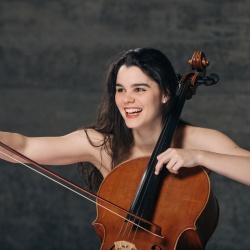 Born in 1989, Swiss cellist Estelle Revaz embarked on an international career at an early age. After her debut in her homeland, she studied with Jérôme Pernoo at the Conservatoire National Supérieur de Musique et de Danse de Paris then honed her concert skills at the Cologne Musikhochschule under the generous guidance of Maria Kliegel. She has received several prestigious awards. With the support of various cultural foundations, the young cellist embarked on an international career, performing in Europe, Asia and South America.

Her concerto performances with orchestra have been hailed by critics and audience alike. Her vast repertoire ranges from Baroque concertos to contemporary creations. As of 2017, Estelle Revaz will be soloist in residence for three years with the Orchestre de Chambre de Genève under the direction of Arie van Beek.

In 2015, her first album CANTIQUE (NEOS), coproduced with Radio Télévision Suisse, received rave reviews from the international press. The programme featured Ernest Bloch’s Hebraic Rhapsody, Schelomo, and the world premiere recording of Pitture, a concerto composed for, and dedicated to her by Andreas Pflüger, performed with the Orchestre Musique des Lumières under the direction of Facundo Agudin.

In 2015, Estelle Revaz was listed among the “100 Most Influential Personalities in Tomorrow’s Switzerland” (“Forum des 100”). 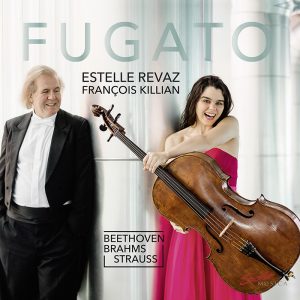 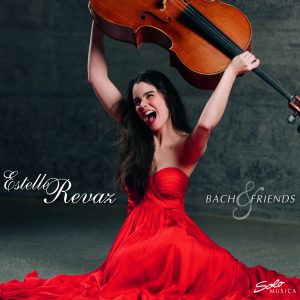