The Bern-based ensemble Die Freitagsakademie was founded in 1993 along the lines of the “Friday Academies” established by the Berlin composer Johann Gottlieb Janitsch in the 1730s. Inspired by this institution, the ensemble has performed in many different formations since 1993, focussing on music from the 17th and 18th centuries and using instruments from those periods. “There is no such thing as old music” is the motto which aptly describes the ensemble’s artistic mission. While using historical instruments and upholding historical performance practices, the Freitagsakademie aims to dispel the common perception of these works as time-honoured relics and instead looks to gear them more towards a present-day audience. The result is a gripping form of contemporary art. The work of this ensemble, directed by Katharina Suske, Bernhard Maurer and Vital Julian Frey, has attracted much attention and found great popularity. Over the years, the ensemble’s numerous concerts and recordings have earned the Freitagsakademie great respect on the Swiss and international music scenes. The Freitagsakademie has been running its own series of concerts since 2002. After ten years at the Bern Museum of Fine Arts, the venue for these concerts was changed to the Great Hall of the Bern Conservatory in 2012.
www.freitagsakademie.com 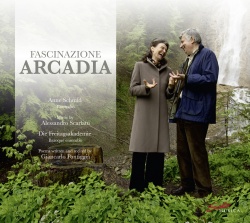