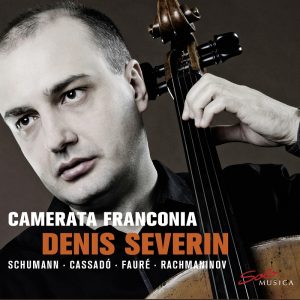 For many years Denis Severin has been mulling over the idea of recording a Romantic programme for cello and string orchestra. After all a large numbers of concertos for cello and strings were written in the Baroque era. Many such compositions were written in the Classical era as well. Here are just a few names: Haydn, Carl Philipp Emanuel Bach, Boccherini. The age of Romanticism gave birth to a lot of charming examples of concertos for cello and large symphony orchestra, including the works of Dvořák, Saint-Saëns, Lalo, Elgar and others. For reasons that we can no longer ascertain, the composers of the Romantic era, with a few rare exceptions, wrote little or no material for cello and string orchestra. This genre, which flourished so abundantly in the 17th and 18th centuries, all but disappeared just a hundred years later. The choice of works for this CD is quite deliberate. It occurred, that the compositional style of Robert Schumann, the Romantic composer par excellence, tends in his chamber music towards almost orchestral fullness and complexity of timbre, be it in his piano trios, duo sonatas or Lieder. The Five Pieces in Folk Style op. 102 by Robert Schumann, his sole original work for cello and piano, is, in his view, well suited to be performed with a chamber orchestra and I commissioned an arrangement. This first successful venture inspired Denis Severin to do further research, which confirmed my intentions. 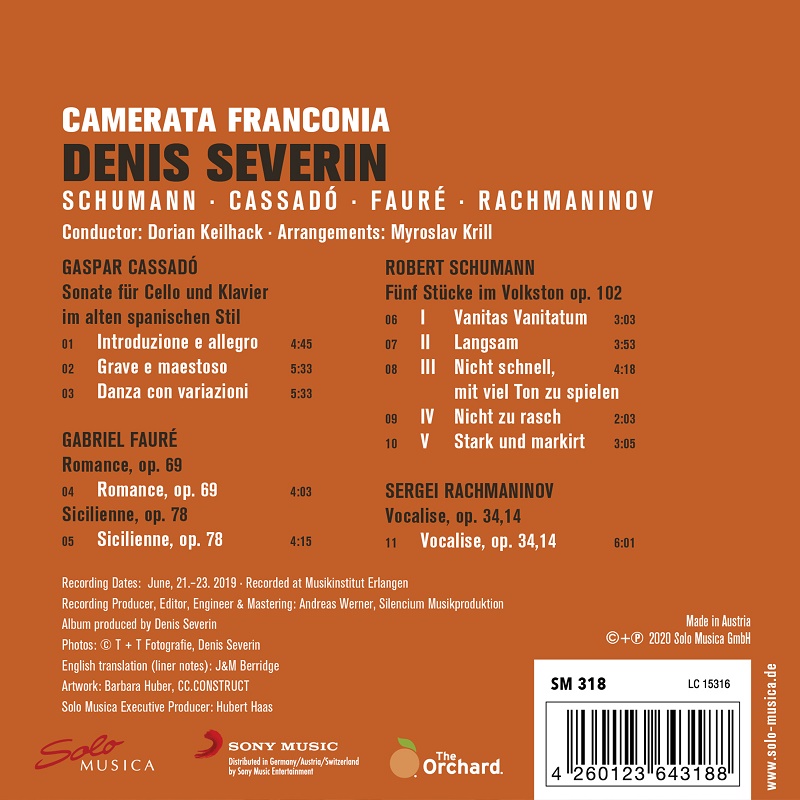