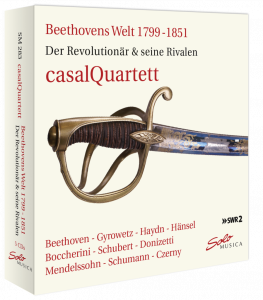 Throughout history, the cultural legacy of some geniuses has been of such universal magnitude that its aftermath has spread far beyond the narrow confines of the actual field of their activity. In a study of the University of Cambridge, which is dedicated to the ranking of the 100 most important, most influential personalities in history, Ludwig van Beethoven is ranked 27th.

Beethoven‘s place in the history of music over the following decades and centuries is not comparable to that of his immediate contemporaries. While the pianist Beethoven caused a furore and was admired at a young age, his works caused astonishment and confusion from the very beginning, and often met with frowning criticism. Of course, there were also other, more positive voices. While Beethoven was at the height of his career in the middle phase of his life until about 1815, in recent years, the resentments against his misunderstood late style and the supposedly increasing oddness of its author grew. Nonetheless, the respect shown to him by the international music community increased until the end of his life, culminating in a funeral that the city had never seen before.

The casalQuartett‘s five-part Concert & CD project explores the phenomenon of Beethoven‘s impact on his time, or, conversely, how other musicians influenced him. For however peculiar and original Beethoven was: Without his era, as it was, he too would have become someone else. 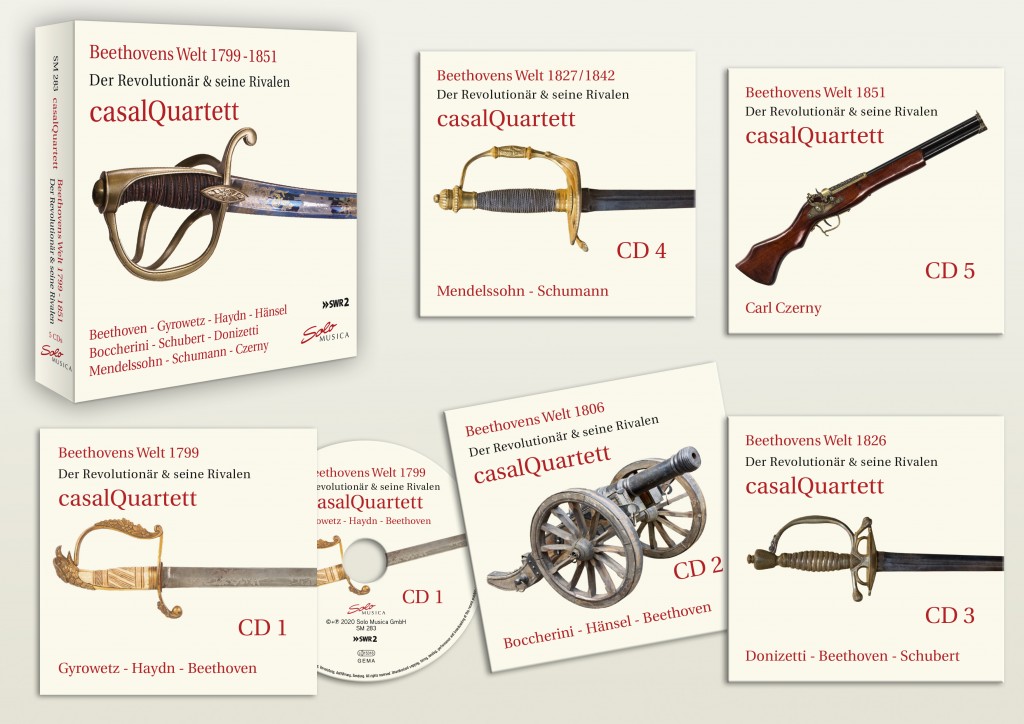 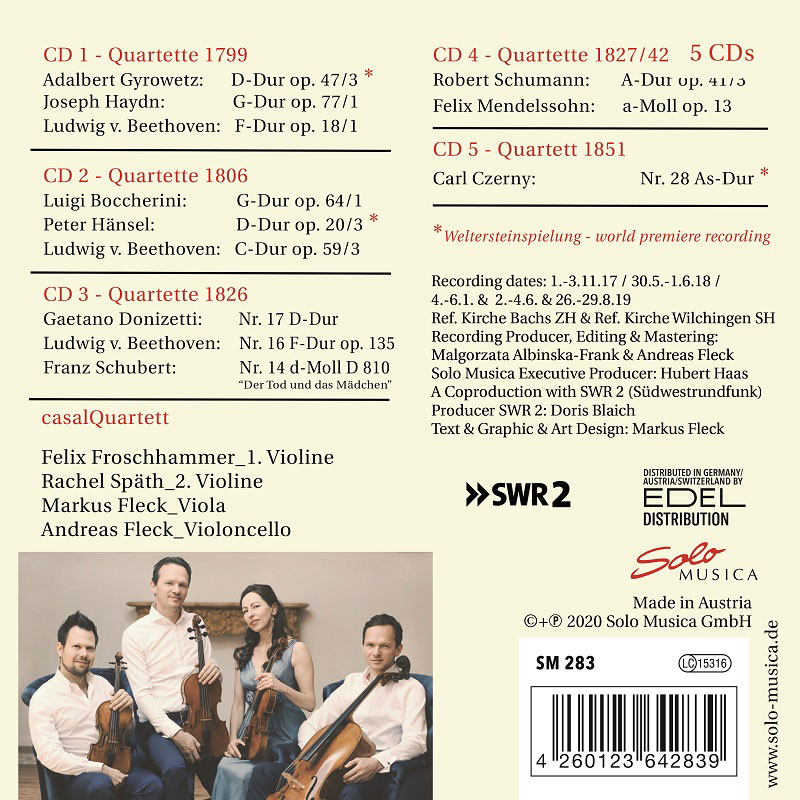