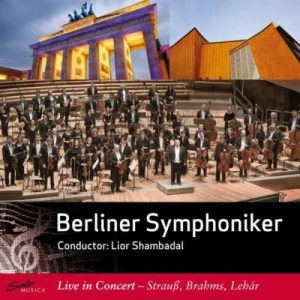 These CD contains a cross section by the annual New Years- and subscription concerts of the Berliner Symphoniker, recorded in the Philharmonic Concert Hall Berlin, in the Schauspielhaus Berlin and further performance places.

The Orchestra is conducted by Lior Shambadal, His CD- and television productions have made him internationally famous, supported by his guest appearance conducting international orchestras. Since February 1997 – present Mr. Shambadal
has been working as the chief conductor of the Berliner Symphoniker.