Anaïs Crestin was born in the region of Vandea, France. As a soloist or with various chamber music groups, Anaïs is invited by many countries with an immense musical tradition, delighting her audiences with her personal style in performance. Different stages all around the world have seen her play masterfully: France, Germany, UK, Switzerland, Greece, Argentina, Brazil, Bolivia, Colombia, Ecuador, Uruguay, Chile.

In 2007, she moved to Argentina, where she discovered the music of the great Latin American composers. At first, she worked as pianist for the manent choir at the Colón Theatre and, afterwards, as a teacher and pianist for the prestigious theatre’s Philharmonic.

Her road is made by walking, and that tapestry of cultures and countries lead her in a permanent discovery. She was part of the Buenos Aires Philharmonic, the National Orchestra of Argentine Music, the Argentine National Symphony Orchestra, the Orchestra of the Guadalquivir Festival in Bolivia and, during her years as a student, the German National Orchestra. She is a professor at the UNA (University of Arts) and the Conservatory of the City of Buenos Aires.

In 2020, she will be director of the International Beethoven Festival together with Dora de Marinis. 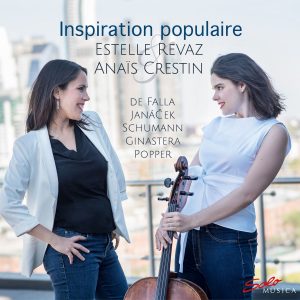