Aljaž Cvirn (b. 1992) is one of the outstanding young Slovene guitarists of his
generation.
After training at the music conservatory in Ljubljana and attaining a diploma with
distinction at the Ljubljana College of Music, he continued his advanced guitar
studies in the class of Professor Anders Miolin at the Zurich College of the Arts.
As a concert performer and chamber musician he has played at many different
festivals and won numerous awards at international competitions including the
Tirana International Guitar Festival in Albania (2015) and the Paola Ruminelli
Competition in Italy (2017). He was a finalist in the Sarajevo International Guitar
Competition in Bosnia (2015) and the Città di Gorizia European Classical Guitar
Competition in Italy (2014). For his activity in a guitar duo with Dan Grahelj he
won the Prešeren Award from the Ljubljana College of Music.
As a soloist he has performed with the Celje String Orchestra and the Academic
Guitar Orchestra. Aljaž Cvirn frequently works with acclaimed chamber musicians
and specialises in the performance of unusual chamber pieces. He regularly
gives concerts in Slovenia, Serbia, Austria, Germany, Switzerland, Italy and Croatia.
He has made recordings of much of his repertoire for the archive of Slovenia’s
national broadcaster RTV. 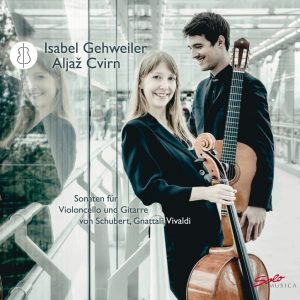