Alexandra Hengstebeck was born in Frankfurt am Main in 1983 and initially studied double bass in her native city under Prof. Günter Klaus. While studying she was a member of the Junge Deutsche Philharmonie and of the European Union Youth Orchestra. In addition she played in various chamber music recitals within the Villa Musica Rheinland-Pfalz concert series.
As a scholarship recipient of the Orchestra Academy of the Berlin Philharmonic she also received further instruction from Prof. Klaus Stoll and performed in concerts conducted by Sir Simon Rattle, Daniel Barenboim, and Seiji Ozawa. From 2008 to 2010 she was a member of the Bamberger Symphoniker and is pursuing further studies with Prof. Nabil Shehata at the Hochschule für Musik und Theater München.
Alexandra Hengstebeck has been a member of the Bavarian State Opera Orchestra since 2011. 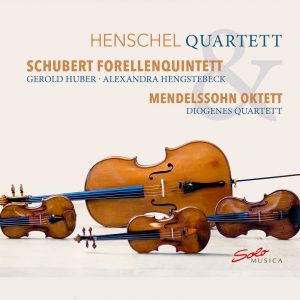