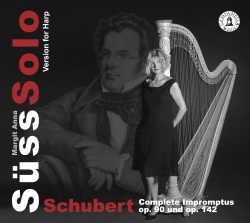 At the age of 20 she became principal harp of the North German Radio Symphony Orchestra in Hamburg and was among the young soloists selected nationwide by the Deutsche Musikrat, which brought her numerous concert engagements.