What a title? What can the two numbers 60 – 90 mean?
The reference to numbers plays a fundamental role in Bach’s work. Johann Sebastian Bach build an incredible incredible structure and communication into his works on the foundation of numbers, in the spirit of Soli Deo Gloria – Glory to God alone.
All the works on this album are by Johann Sebastian Bach, or have a direct link to him. For example, he arranged the oboe concerto by Alessandro Marcello for solo keyboard, and we use Bach’s ornaments in our performance of it. Piazzolla and Shostakovich make reference to The Well-Tempered Clavier. The main work presented here is Bach’s Concerto in D minor BWV 1052, which he transcribed for his own use as a harpsichord concerto. The original version no longer exists, but was for a string instrument: violin or violoncello piccolo, an instrument Bach used in his cantatas. Julius Berger and Andrei Pushkarev have made an arrangement of this piece for violoncello piccolo, a cello tuned a fifth higher. The orchestral part is played by vibraphone and marimba. The transfer to other instruments corresponds to the practice of Bach himself. A special feature of our recording is the continuous peaceful pulsation of about 60 beats per minute, a rhythm that calms and brings introspection The instrumentation used here reflects our deeper objective: vibraphone and marimba giving the heartbeat, to which the cello crafts a life-melody – keeping the spirit of the works performed but in a modern interpretation. The close relationship between rhythm in the music and human pulse creates an atmosphere in this recording that we believe and hope corresponds to what Bach noted in his Lutheran Bible: ‘Where there is devotional music, God with his grace is always present.’ (Bey einer andächtigen Musique ist allezeit Gott mit seiner Gnaden Gegenwart).
For more than 40 years, it has been impossible to imagine musical life without the Augsburg-born cellist Julius Berger. He is a wonderful interpreter, whom the well-known music critic
Wolf-Eberhard von Lewinski called a ‘prophet of the cello’, after hearing Berger’s second recording of the Bach cello suites. His most recent recording won the prized ‘Supersonic Award’. Andrei Pushkarev (vibraphone) is a permanent member of the Kremerata Baltica Chamber Orchestra in addition to his solo activities. To this day, he has the status of a recognised soloist as well as a principal percussionist of this ensemble. The world-famous violinist Gidon Kremer founded the orchestra in 1997, and since 1999 Andrei has toured the world with Kremerata Baltica, taking part in countless concerts. Pavel Beliaev (marimba) is a freelance musician. In addition to playing as a soloist, he is particularly passionate about playing in chamber music formations. He also plays very often together with the Kremerata Baltica on numerous tours. 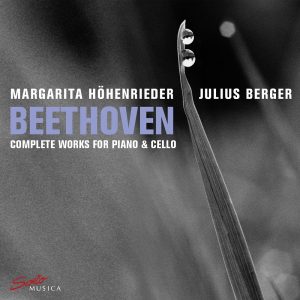 “Who would I need to be to be able to talk about a man who is still growing…”   Adam Zagajewski: “The late Beethoven”

Margarita Höhenrieder and I have known it all our lives: the elucidations of Carl Czerny or Rudolf Kolisch, the latest Urtext editions that will lead us to “faithfulness to the text”, the disquisitions from Romain Rolland to Eleonore Büning – we read, we discuss, it all seems helpful and necessary. At the end of the day it is the mature individual, the serious exponent, who makes the decision led by the promptings of conscience, and who simultaneously senses this “growing” of which Zagajewski speaks. We climb a steep path, in order to approach Beethoven more closely. The summit of this path is visible, but not attainable. That is why we keep returning to this path, endless as it is. Beethoven lives in us, as he changes, as we change. Life aspires to art, art is a way forward, life is our way forward. Beethoven changes us through his “growth”. We grow with him! 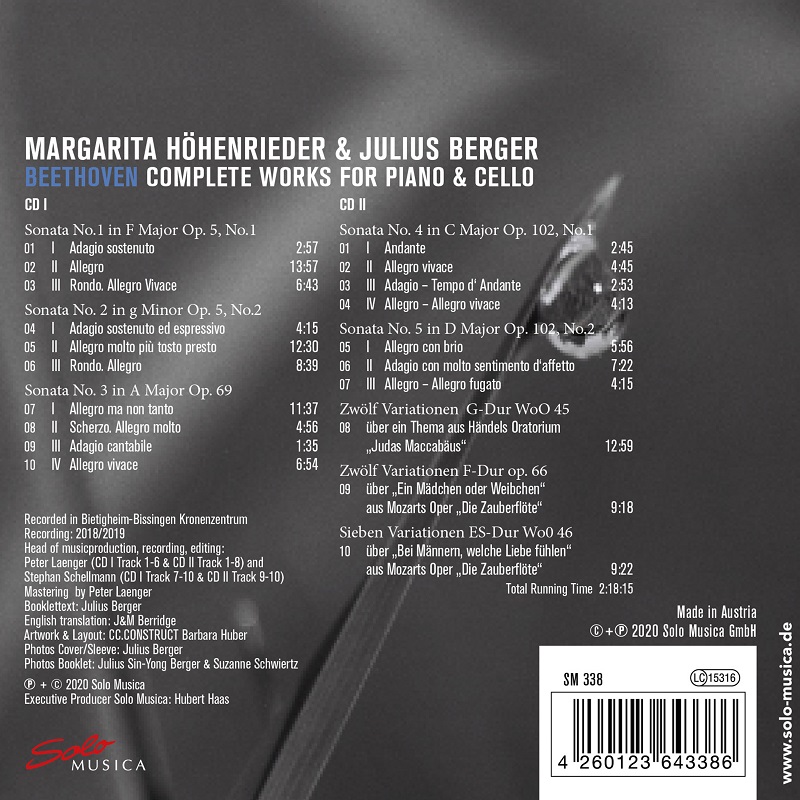 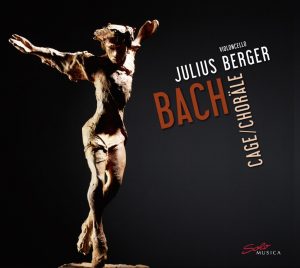 Johann Sebastian Bach’s suites for cello solo are arguably the purest form of music, works that require no explanation or background knowledge. Johann Sebastian Bach made one of his most profound affirmations, a Gradus ad Parnassum, which in six stages sets out an intellectual and technical challenge that is and will probably remain peerless in the history of music for our instrument. My colleague and friend, Prof. Peter Langgartner from the Mozarteum University of Salzburg pointed out to me that the Prelude of the first suite contains Luther’s chorale “VomHimmelhoch, da komm’ ich her” (from Heaven above, from thence I come).I had always presumed so and was grateful for confirmation that the cello suites make allusions to chorales and religious messages. I have therefore found a musical way of opening a spiritual door to the suites and added chorales to Suites 1, 3, and 5 in the mould of sounds from John Cage’s work One 8, chorales that in my opinion are definitely consistent with messages conveyed in the suites. I find that John Cage’s music shares similarities with Bach’s. His music allows for inner reflection, providing a contemplative point of calm. Cage said the purpose of music is “to cleanse the soul and bring it peace, thus making it amenable to divine influences”. My son Immanuel intones the chorales to this special music; each chorale is followed by two Bach suites. 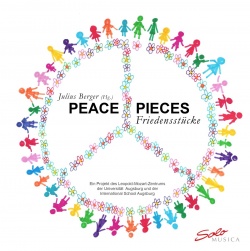 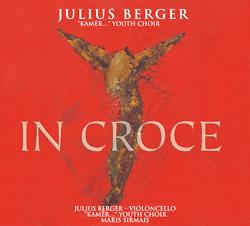 Challenges or Crosses on our way of life wanted to be accepted, bettered and overcome. Our life is full of retreat for the last excess of terrestrial Life; the time of humans is a time of the Advent.
Alfred DelpThe works of this recording signalizes the way of the Human Cross by Affliction and Light. The sound of terrestrial Sein is increased by the Cross, as Beethoven says. If we accept our Cross or admit this music, life-donating “Morning Air” (Jean Paul) will capture, support and comfort us. This music is a gift of God!
Julius Berger, February 2008

The programme of “In Croce” is not a memento mori. It is not intended as a reminder that life is finite or that death is inseparable from existence because it puts a symbolic limitation on life. Artists have always pondered over ways of “emotionally translating” rather abstract trains of thought and making them comprehensible to their fellow beings.

One of the contemporary composers who have taken up this theme is the Norwegian Knut Nystedt. His Stabat Mater op. 111 is inspired by old church music like Gregorian chant and at the same time gains its force from the dialogue between soloist and mixed choir.
A farewell to the world with a work for solo cello entitled “Abschied” (parting) was vouchsafed to the composer Bertold Hummel, who died on August 9, 2002. Just days before his death, Hummel completed a richly contrasting piece, “which in its brevity is deeply moving by virtue of animated, simple and relieving strength”, as Berthold Hummel’s son Stefan aptly notes. For Julius Berger, who was responsible for the Berlin premiere on September 9, 2002, it means an “inward view into the last thoughts of a human being”.

The fact that the process of establishing one’s artistic identity can be a lifelong pursuit is shown by the works of the Estonian composer Arvo Pärt. The melodic and rhythmic models which gave rise to the music of the spheres in the Nunc Dimittis for mixed choir presented here, though those models also recall the polyphony usual to the Viennese Classical School.

Like the works of many of her colleagues who were born in the USSR in the nineteen-thirties (cf. Arvo Pärt), those of Sofia Gubaidulina cannot be assigned to any particular style or school. Gubaidulina originally thought of entitling her Ten Preludes for solo cello “Ten Etudes”, because they were intended for teaching purposes – concentrating on the emotional approach to the instrument, however, rather than on technique. Vladimir Tonkha, the cellist who premiered the Preludes in Moscow in 1977, persuaded the composer to change the title. They are after all studies in expression rather than technique, as the 5th Prelude shows.

Metaphorically speaking, the reason why Samuel Barber (1910-1981) chose to arrange the second movement of his String Quartet op. 11 of 1936 for string orchestra in the ensuing years and use the same opus number was that he wanted to create an oil painting from the pastel picture. The radiant culmination of the work could only gain in force. The Adagio uses an elegiac theme with a gradually rising motif at its core. Optimism is repeatedly confronted with resignation, but always returns in heightened form. This steady wave motion finally leads to the climax, which is followed by a melancholy epilogue.

Giya Kancheli was born in 1935 in Tiflis. The almost ten-minute cello solo “Having Wept” dedicated to Mstislav Rostropovich traces a psychologically well observed set of emotions; while the true fit of weeping is over, conflicting emotions – as it were as echoes – still well up: rage – sorrow – emptiness.

Few composers have been exposed to such severe reproach from his fellows as John Tavener. “Svyati” for mixed choir and cello, which Tavener composed in 1995, lays emphasis on the moment in the Orthodox Christian liturgy at which a bereaved family takes leave of one of their number with a kiss. The end of this liturgy signifies – as Julius Berger rightly says – “that the doors of the new room, the timeless room of eternity, now open”. 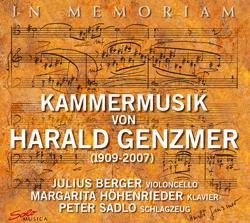 Born in Blumenthal, near Bremen, Germany, he studied composition with Paul Hindemith at the Berlin Hochschule for Music beginning in 1928. From 1938 he taught at the Volksmusikschule Berlin-Neu Köln. During the second world war he served as a clarinetist. From 1946 to 1957 he taught at the Musikhochschule in Freiburg im Breisgau. From 1957 to 1974 he taught at the Munich Hochschule für Musik. Among his notable students was the Egyptian composer Gamal Abdel-Rahim. He died on December 16, 2007 in Munich. One of its last desires was it to carry out its music into the world. Margarita Höhenrieder, Julius Berger and Peter Sadlo were close friends of the composer. Berger: “He was one of the most important German composers of the 20th century. Its legacy will inspire still many generations. I am proud to have him personally known”.

Julius Berger – Birth of the Cello 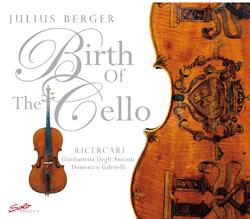 Title: Birth of the Cello

Earliest music for Violoncello solo played on the oldest Cello of the world (1566). The Ricercari of Domenico Gabrielli and Gianbattista Degli Antonii.

Few months after its birthday in Cremona before exactly 440 years, the cello was already integrated into the royal yard orchestra of the king Karl IV by France. From there on the traces of the cello lose themselves, probably changed it several times the owners and got over several wars, until it is again mentioned 1926 in an expert’s assessment. Many years later, the cello meets for the first time Julius Berger. The cello however gives only 20 years to Berger after the first meeting in the year 2004 a second chance. From then on the Cellist and educationalist explain its life search for „the correct “cello for completed, since he finally succeeded to find an instrument that finds with the sound directly the heart of the listeners. Already in the year 1986 Berger tried to convince its Japan manager at that time of a program with Ricercari’s from Gabrielli, without success. Since this time it studied again and again the music of Gabrielli and Antonii and made themselves his comments in the score. Finally, with the Asiagofestival 2006 he confronted the Ricercari of Gabrielli the Präludien of Sofia Gubaidulina. For it and its listener became this concert a fascinating experience. You will hear this also in on this record in a moving way. We hope the fact that the music of Gabrielli and Antonii experiences it finally after nearly 350 years being entitled value and that it many people the wealth reveals, which she gave also to Julius Berger and us.